Pre-Orders have already launched, and the official release date is January 29, 2013. The record is available in 4 vinyl colors (Gold, Red, Green, and a Mystery Color), and can be purchased in different bundle packs from each label. The EP features hand-drawn artwork from John Faust Jr. (Pittsburgh, PA). 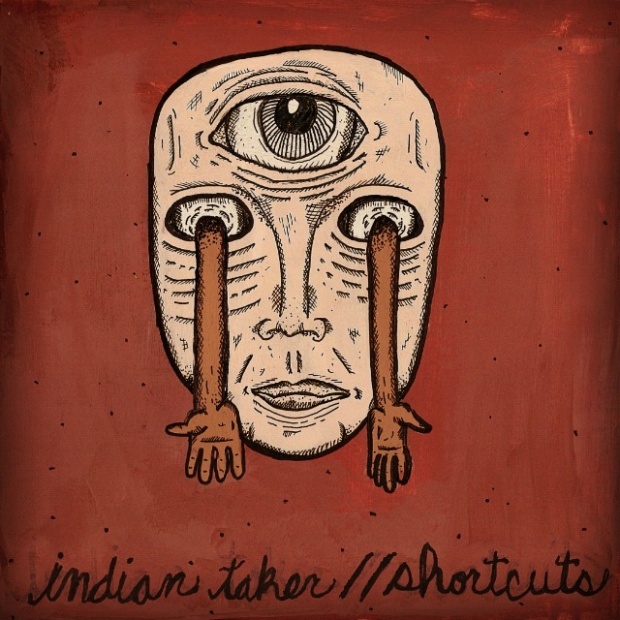 Can you take all seven inches!?!

The first two singles, Indian Taker – “Growing Feigns” and Shortcuts – “Wonderland,” can be streamed now on youtube and bandcamp. All pre-orders from the Quote Your Pulse store  will automatically qualify for a limited edition test press of the split with alternate artwork. Singles are available for download to all who pre-order the vinyl.

This is Indian Taker’s sophomore effort, following up their 2012 release “Tule Fog” through Quote Your Pulse Records. The band plays emotional punk in the vein of La Dispute, Touché Amoré, and Pianos Become the Teeth. Indian Taker just finished a tour with Rookie Town and will be heading out on another tour with Missive in February.  They have also started writing their next release, a full-length album.

This is the fourth release from Shortcuts. Their most recent self-titled EP was released in 2012 by UK label Close To Home Records. Their sound is a beautiful punk mash-up of Lifetime, Descendents, and A Wilhelm Scream. They recently recorded a series of acoustic sessions are booking shows for March and beyond to push this release.